I’ve been doing astrophotography panorama self-portraits for a while now. Initially copying other compositions by holding up a torchlight to the sky and seeing the beam go up towards the Milky Way. Then in mid-2014 I did Distant Lands which involved holding a light sphere and keeping it in position (with a light stand) to keep the lighting consistent between panorama images.

Now, unfortunately, my website went down for a while and I had problems recovering data including a blog post that had instructions and background to the image – however if you missed it – the youtube video for it is here.

So behind the scenes

In post processing – I personally prefer PTGui Pro because it has the masking ability. You can mask in a section of an image to make sure it is included in the end panorama. An example of this is to paint the mask on myself and my shadow so the end panorama includes that. Hugin also does masking.

Now given that people may be restricted by location, lock downs, moon cycles, weather etc – I’ve put together a number of dng files from an astrophotography self portrait that I did during early 2019. Please feel free to experiment with the image files for panoramas (there’s surplus images here so you can do some crazy things) – I retain the copyright on the images – I ask that you credit me and do not use the images for commercial use – dropbox link

Awesome work and thank you for sharing you amazing technique. Very hopeful I’ll get down there to shoot with you at some point. 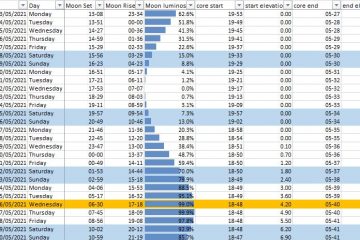 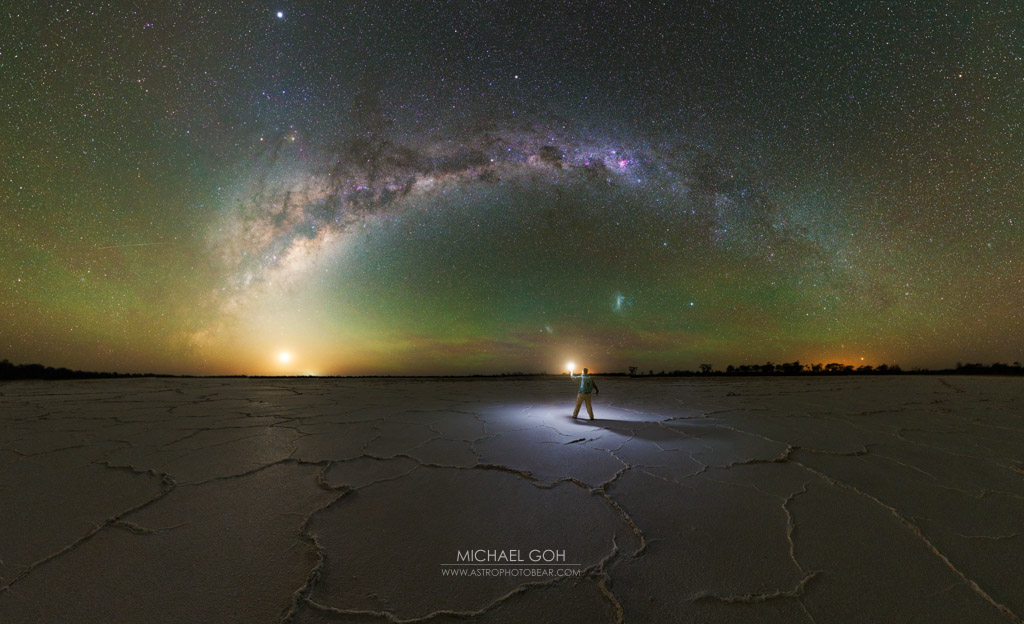 I like to prepare my astrophotography planning calendar for the year ahead by charting out suitable dates. This time I’ve brought it forward by a couple of months due to demand for next year for Read more…